The mainstream media has weighed into a long-standing theatrical debate over the past few weeks, in response to a new play by MKA Artistic Director Tobias Manderson-Galvin.

When is it okay to create theatre about current events? And what about events that are particularly tragic and distressing, adversely affecting entire communities?

What governs the responsiblity of the artist in such situations?

MKA’s final production of 2011, The Economist, was inspired by issues raised by the attacks in Norway in July this year. Sixty-nine people were murdered at a Labour Party Youth Camp on the island. The gunman, Anders Behring Breivik, had previously detonated a bomb in Oslo killing eight people and used this as a diversion to carry out a larger attack.

Tobias says he was particularly interested in the media’s initial characterisation of the acts as terrorist in nature. He’s of the view that this dramatically changed once the perpetrator was understood to be Norwegian. 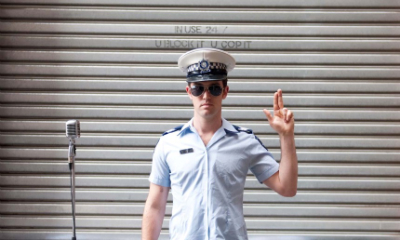 The Herald Sun ran this article on 22 November citing concerned responses, including from a victims of crime support serivce.

Meanwhile the Channel 10 News claimed the production was “sending shockwaves across the globe.” Their feature story included an interview with a psychologist, who believed The Economistwould have a “profound” effect on families with a connection to the massacre.

TimeOut took a broader perspective with this article by Andrew Fuhrmann. Fuhrmann recounts the Ancient Greek custom of writing plays based on mythology, thereby avoiding the controversy that comes with depicting recent events. He interviews both the playwright and director of The Economist at length, and concludes that the production is indeed a risky enterprise.

This debut production of The Economist is directed by Van Badham, who also took on the role of dramaturg.