Please Don’t Talk About Me When I’m Gone | Review 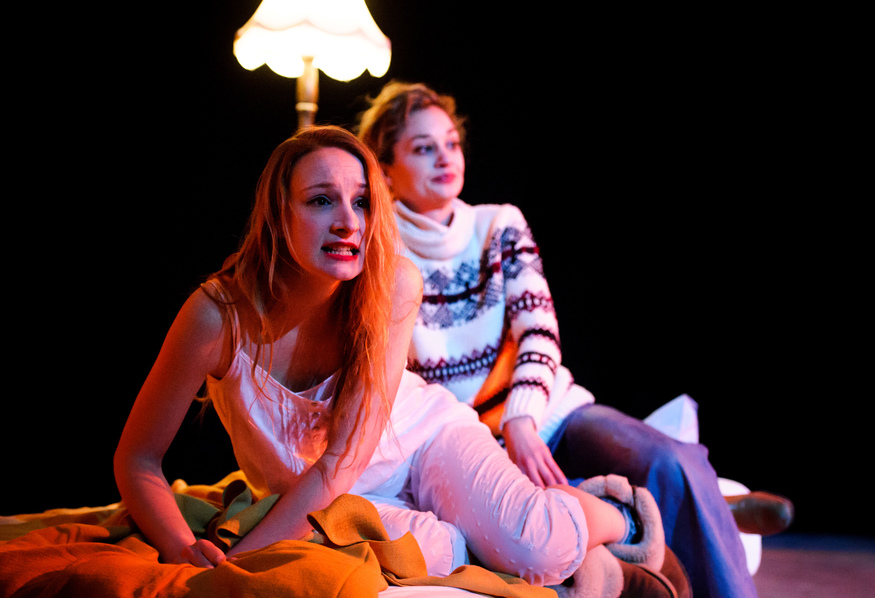 Here is an hour of theatre that runs and slams itself against the limits of convention. Co-produced by Les Foules — a multi-disciplinary company of performers and designers from around the world — along with Australia’s MKA: Theatre of New Writing, Please Don’t Talk About Me When I’m Gone is fresh, demanding and brilliantly subversive. The five short plays, written by Tobias Manderson-Galvin and directed by Nathalie Adlam, parody the realities and gross dystopian potential of a capitalist society being stretched to bursting point.

Manderson-Galvin captures the desperation, confusion and boredom bubbling under the surface of this mediatised, commoditised Western world. His script is brought alive by four frantic and compelling performers, playing characters that include a girl who achieves her dream of growing up to be a horse, and a woman working for Fountain of Youth Ltd., the corporation promising you your perfect child, at a bargain price. The cast maintain a witty and demanding awareness of their audience, never letting us forget that what they are saying is about us just as much as it is them.

Please Don’t Talk About Me When I’m Gone self-consciously chews up the contradictions of a postmodern world and spits them back out again. Streams of manic but beautiful speech are delivered in a desperate frenzy, full of snatches of philosophy and profound truth jumbled into chaos.

This show is funny, it is poignant, it is theatre daring to say something important. It criticises and lampoons some of the absurd realities that surround us all. Go and see this play. But don’t expect grand romance or happy endings. Or even any endings at all.

Please Don’t Talk About Me When I’m Gone runs at the Vault, Waterloo until 15 February.
Londonist saw this play on a complimentary ticket.

“This show is funny, it is poignant, it is theatre daring to say something important”